The next morning there was an excited buzz in the Rose Room, where residents gathered for breakfast. Bright sunshine burst through the French windows, latticing light across tables as staff moved around, topping up cups and taking orders. Guests munched on muesli and whispered over plates of crispy bacon and lightly poached eggs.

Lucinda reached for a jar of gooseberry marmalade. A smug smile crept across her lips as she spread the thick sweet substance over her toast. She broke a piece and popped it into her mouth.

At last, she had her own class!

Today, she would endeavour to bring creativity into the lives of a group of guests who would be inspired by her talent. She thought back to the day that she read the advert for Boomerville in her local paper. She’d been blinded by the vision that this was her path, the route to her future and a journey that she had to make. Lucinda had no money and scraped a living by teaching and selling the occasional painting. She lived in a shared house with a handful of other eccentric creatives on the outskirts of London and led a bohemian life, but as the years progressed she knew that she needed some form of security as she got older. Boomerville had come like a bolt out of the blue, a sign that she must follow and, acting on instinct, Lucinda filled in the booking form, reserved a seat on a train and began to pack.

Now, as she sat in the dining room, she thought about her finances. Her money was running out. She urgently needed a job or a wealthy lover.

Lucinda smiled to herself as she finished her breakfast and tossed her napkin to one side. She’d been working on her options since her arrival a couple of weeks ago and had high hopes for both. Today would accelerate her mission. A pop-up art class had been announced for that afternoon and Lucinda was to be the tutor.

As she made her way out of the room, she glanced at the other diners and knew that those lucky enough to have booked a place were wondering what the subject matter would be and whether Lucinda was a suitable instructor.

Finally, she was going to be put to the test.

Extract from: THE BEST BOOMERVILLE HOTEL 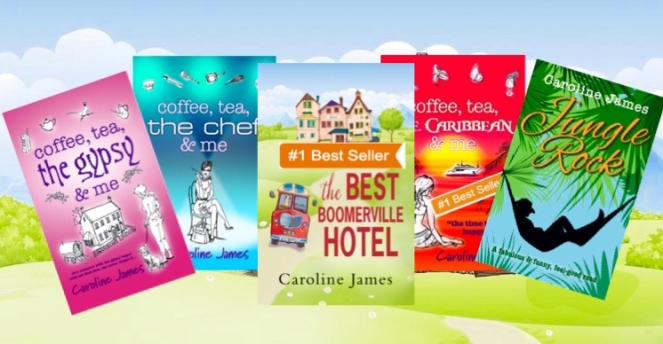