I’m delighted to host the lovely author Sheryl Browne on my blog today. Her new book, Learning To Love is now available and is one of this summer’s must-reads …

Over to you Sheryl!

Thank you so much, Caroline, for featuring me on your lovely blog. Thank you too to all those readers and book-bloggers for your wonderful support. The road to publication can sometimes be a little bit bumpy. Without you, I might still be languishing down the potholes.

Details of my new book:

Sometimes help comes from the most unlikely places …

Living in a small village like Hibberton, it’s expected that your neighbours help you in a time of need. But when Andrea Kelly’s house burns down, taking all her earthly possessions with it, it’s the distant and aloof Doctor David Adams – the person she would least expect – who opens his door not just to her, but to her three kids and slightly dotty elderly mother as well.

Andrea needs all the help she can get, dealing with aftermath of the fire and the suspicious absence of her husband, Jonathan. But, as she gets to know David and his troubled son, Jake, she begins to realise that maybe they need her help as much as she needs theirs …

Learning to love is here! Could it have ever found a more perfect home than with Choc Lit, where heroes are like Chocolate: irresistible?

Could it have ever found a more beautiful cover? 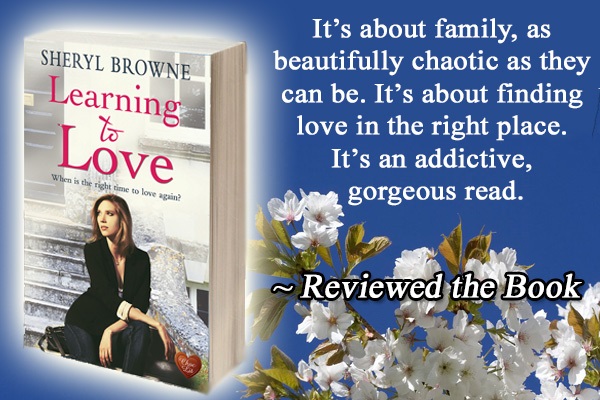 Here is an excerpt…

David turned his attention back to his son, who was surrounded by a sea of photographs, he realised. Photographs of Michelle, from the albums in the spare room.

Cautiously, David walked across to stand by Jake’s side. Then, hands in pockets, he waited again, wondering what to say that could even begin to heal their relationship. What would he want to hear, if he were Jake?

Sorry perhaps? Wholly inadequate, David knew, but it might be a start.

He looked down at his son, whose head was bent in concentration on his endeavours.

He needed a haircut. Needed a lot of things.

David closed his eyes as he noticed the bottle of perfume tucked in the corner of Jake’s Adidas shoebox.

Because Jake wanted something to remind him of her.

Jake didn’t answer. That was okay. David didn’t really expect him to. He swallowed back a lump in his throat, then took a gamble, crouched down next to Jake – and silently waited.

Biding his time, he studied the photographs quietly alongside his son. ‘You’ve chosen all the good ones,’ he ventured.

Jake did respond then, somewhere between a nod and a shrug.

‘Not many fun ones though.’ David reached for a photograph. One he’d taken himself on what turned out to be their last time at the theme park together: Michelle, Jake in front of her on the log flume, both shrieking with laugher and soaked through to the skin.

Probably the last time she had laughed – with him.

‘She did laugh though, you know, Jake. With you.’

David placed the photograph carefully in the box. ‘Alton Towers,’ he said, ‘summer before last. She laughed so much she had to dash to the loo, remember?’

Jake dragged the back of his hand under his nose.

‘She couldn’t have been that happy without you, Jake. You gave her the gift of laugher. That’s something to be glad about. To be proud of.’

David stopped, his chest filling up as he watched a slow tear fall from his son’s face.

David hesitated, then rested a hand lightly on Jake’s shoulder. Jake didn’t shrug him off.

‘You won her a stuffed toy that day, do you remember? What was it? A tiger?’

‘She kept it in the car,’ Jake picked up in a small voice.

The car she never arrived at the hospital in, David realised, overwhelming guilt slicing through him. ‘She kept a whole family of furry friends in the car. I’m surprised there was room for her.’

Jake’s mouth twitched into a small smile. ‘She talked to them.’ He glanced up at David, his huge blue eyes glassy with tears.

‘That was the little girl inside her. The little girl you made laugh.’ David squeezed Jake’s shoulder. He actually felt like whooping. Like punching the air. Like picking Jake up and hugging him so hard … Jake had looked at him. Full on. No anger.

David closed his eyes, relief washing over him. ‘I have one of Mum’s stuffed toys,’ he said throatily. ‘One she kept. Not Tigger, but … Do you want me to fetch it?’

‘Right.’ David smiled. ‘Back in two.’ He dragged his forearm across his eyes as he headed for his own room. He had something else, too. Something he’d wanted to give Jake before, but somehow couldn’t.

The antique locket he’d bought Michelle for her thirtieth birthday was in the bedside drawer. David collected it, ran his thumb over the engraved rose gold surface of it. If Jake needed something to remind him of his mother, this was it.

‘Bedtime Bear,’ David announced, joining Jake back on the floor. ‘Your very first toy.’ He handed his son the scruffy little white bear.

Jake laughed and David really did feel like crying then.

‘I have something else for you, Jake.’ He passed him the locket. ‘It was very special to her,’ he said gently as Jake’s eyes fell on the photograph of himself inside it. ‘She wore it right next to her heart. And that,’ he went on as Jake looked at the lock of hair on the opposite side of the locket, ‘is your hair and hers, entwined.’

Jake nodded vigorously. ‘Okay,’ he said, around a sharp intake of breath. David reached out, ran his hand through Jake’s unruly crop, and then allowed it to stray to his shoulder. He wanted very much to hold him, to reassure him. But Jake’s body language was tense. It would take time, David knew, but maybe someday, Jake would let him back in.

Tempted? Even I am, having read some of the gorgeous pre-release reviews.

You can grab your copy here: Amazon

For anyone kind enough to purchase the book, I would love your feedback. Because, at the end of the day, the fate of Doctor Adams is in the hands of the reader.

Recommended to the publisher by the WH Smith Travel fiction buyer, Sheryl’s contemporary fiction comes to you from award winning Choc Lit.

3 thoughts on “Guest Post – Learning To Love by Sheryl Browne”